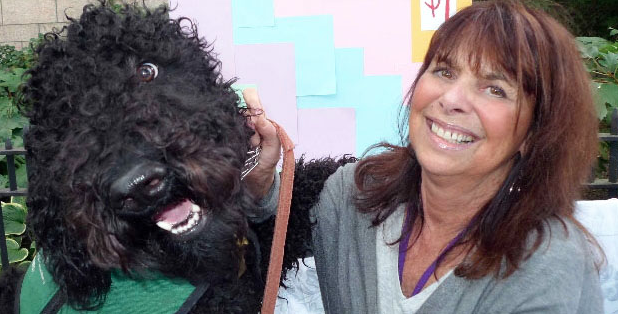 Can you tell us a little about the Brooklyn Family Justice Center and what makes it unique?

How and when did you first connect your work at the Brooklyn Family Justice Center to the work of the Brooke Jackman Foundation?

In 2009, the Brooke Jackman Foundation donated a library to our children’s area. It made such a remarkable impression on everybody walking in. What I began to observe immediately when the families would come in was that kids would walk in and pick up a book and then moms would start to read to them. It made the room feel very homelike. Many of our clients have been in horrific situations where children are frightened, and our goal is to make them feel safe. The library that the Brooke Jackman Foundation donated represented safety for them because it is a very safe feeling to have the freedom to just pick up any book you like and begin to read.

How did you begin running a Brooke Jackman Foundation Family Literacy Program?

I approached the Brooke Jackman Foundation about a literacy program very soon after they donated the library, because one of the things I had observed about the children coming into the children’s room is that many of the younger children didn’t know how to turn pages. There are benchmarks, certain ages when kids are supposed to be able to turn pages or recite the alphabet, and many of the children we see are not reaching those benchmarks when we first encounter them as a result of the violent environment in which they’ve lived. When a mom is struggling to protect children in a home in which there is violence, quiet bonding moments such as quietly sitting and reading together aren’t allowed to occur.

The first time Erin Jackman (the Executive Director of BJF) came to visit the library after it was completed, I told her I’d like to be able to work with the Brooke Jackman Foundation to provide families with an experience where they could read together and be able to understand that joy of reading, not to teach them how, but to let them see books as something exciting. She was very receptive.

We began running a Brooke Jackman Foundation Literacy Program in September of 2009, and it’s pretty much the same model we follow now. Each week the kids get a different book, we all have dinner together, they create an art project that’s related to the book, and they get to keep the book and take it home with them. We have a significant Spanish speaking population, so the Brooke Jackman Foundation now funds us to run a bilingual Literacy Program as well. We’ve had an almost a zero percent drop-out rate and close to 100% attendance for each session. It’s been a huge success.

Can you tell us about a family you know that was positively affected by the Brooke Jackman Foundation Literacy Program?

There have been so many, it’s hard to pick. One was a mother with two young girls. She became involved in our self-sufficiency program, she enrolled in a financial literacy program with us, she received legal advocacy and she joined the literacy program with her daughters. She had been through a horrific experience, and I think the big thing for her was that we were able to make her and her children feel safe and at home at a time when that was very important for them in order to be able to begin again.

How has your involvement with the Brooke Jackman Foundation affected you over time?

I’ve come to appreciate that a book is often a safe place. What we’ve tried to do with the kids is help them also recognize a book as that place where they can dream – that nothing is unreachable for them if they can discover it in a book.

What do the families that participate in the Brooke Jackman Foundation Literacy Programs take with them after graduation in addition to new books and reading skills?

The ability to express themselves. Many kids and moms we encounter have never been able to draw or paint without somebody yelling or screaming, without doing it in fear. With the art projects, we encourage them to be sloppy and we actually intentionally drop things so the kids aren’t afraid to make mistakes and be messy. It’s also about reawakening people’s senses whether it be to music or art or literacy.

Why do you continue to remain involved with the Brooke Jackman Foundation?

Families come in who’ve really struggled with so many obstacles and it is such a joy to see them smile. It’s so powerful to see moms and kids read and discover together. Often, when people come to the Family Justice Center, there is a sense of fear and hopelessness. To see them look hopeful and to know that they feel that they are going to be self-sufficient, they realize that literacy is a huge component of self-sufficiency, and their pleasure at practicing it shows on their faces. It’s the smiles on the kids faces when they come through the doors for the literacy program. It’s like they’re bouncing in, they just can’t wait.

You have a dog that participates in the Literacy Program at the Brooklyn Family Justice Center?

His name is Paz; it means peace in Spanish. He’s an Australian Labradoodle. He’s just three years old, and he’s a registered pet-partner therapy dog. I got Paz when he was about fourteen weeks old. I’ve worked in other programs where I’ve seen how remarkable therapy dogs are with children who’ve witnessed trauma and are too afraid to speak – you bring in a therapy animal and there is just this instant bond between animals and children both. Many of these children, when they see this huge dog walking in – and he just lumbers in, he’s like a muppet – he just takes the tension out of the room. He’s a fairly funny dog to look at. We read this book called Crazy Hair Day, and we dressed him up in a hat with all of this crazy hair. That was a big hit. So he participates in the literacy program and is a great ambassador about what being kind and gentle and giving is about. Often, when kids are frightened they will sit next to him. They see him as being very safe, and then they’ll begin to speak. So, he’s been a welcome addition to the literacy program. The kids just love him. They’ll come in and say, “Where’s the dog?”

Is there anything else we didn’t ask that you would like to tell us about your experience working with the Brooke Jackman Foundation?

I keep telling anyone who will listen that the Brooke Jackman Foundation should be a model for the way foundations function. I’ve been doing this a long time, and I’ve worked with a lot of grants and funders, but I’ve never met a group of people who really listened with their hearts the way the team at BJF does. When I proposed a customized version of their literacy program that would work with our unique population, they listened with their hearts and ran with it. I think that makes a huge difference. All of the work that they do, they do with their hearts, and I know that’s why our program has been so successful. 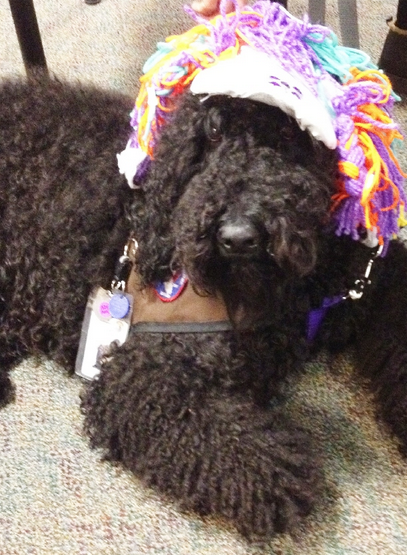